Quick view of the new production at SPOC Automation

On Tuesday, October 15, the doors were raised and a new chapter started at SPOC Automation. After the first installment of shelving in the new production facility – the SPOC team moved into action. Many team members have expressed excitement about the new change of scenery. 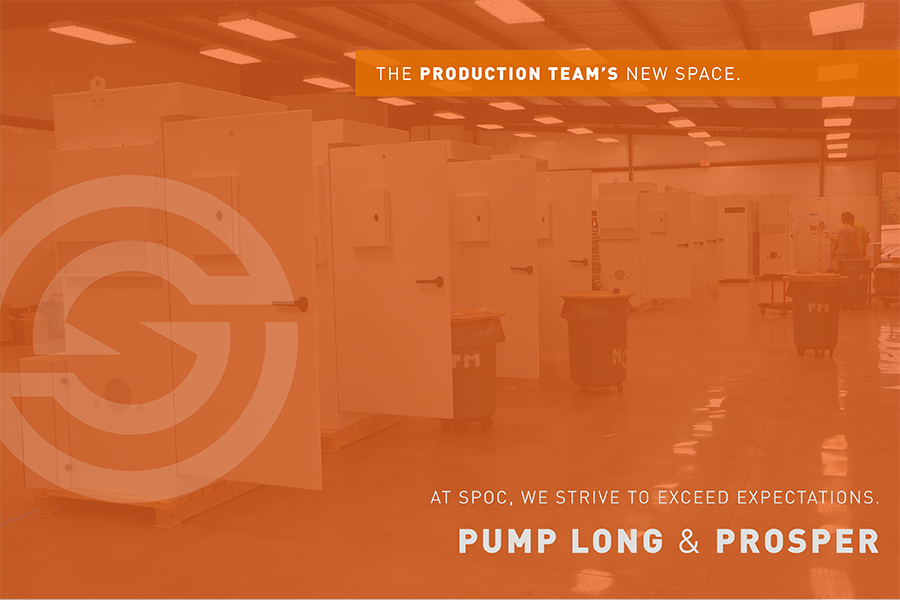 Excerpt from the Birmingham Business Journal:

“The 65-employee company will more than double its production capacity with its most recent expansion – the addition of a 7,450-square-foot warehouse that will create up to 15 jobs, said SPOC President Bobby Mason.

The company plans to add a smaller facility that will include office space and a test facility to its now-22,000-square-foot campus next year, Mason said.

So why the rapid growth? Mason said the industry is finally catching up with technology, thanks in part to SPOC’s efforts to educate customers about the energy and cost savings of automating oil & gas wells.” (See full online story here)